Our Ecosystem is Growing to Include Microsoft! 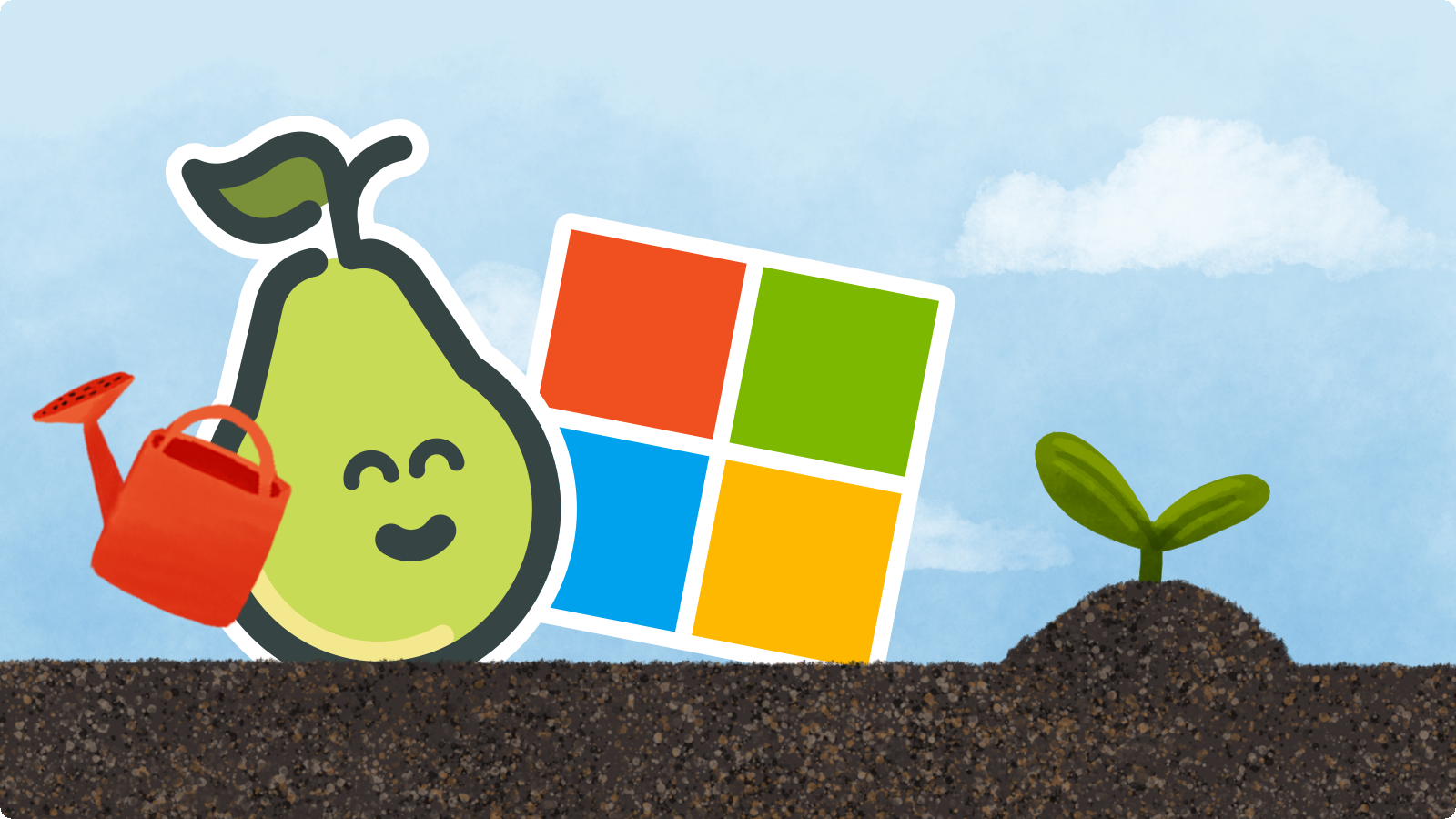 “A partnership with Pear Deck was an easy choice given the alignment of our missions — student engagement is at the heart of our education initiatives, and it’s something that Pear Deck has fostered for nearly a third of classrooms across the country already. This is a big opportunity to help even more students thrive in the classroom.”

﻿Today, we’re announcing a new partnership with Microsoft Education, including integrations with PowerPoint Online and Teams!  We’re excited to work with Microsoft to help more teachers around the world increase student engagement in their classrooms.

We’ve been amazed by how excited teachers are about Pear Deck. Every day we hear incredible stories about how teachers are using Pear Deck to break through the barriers to student participation and transform student devices from distractions into conduits to create meaningful connections. If you’re new to Pear Deck, you can see what we mean just by searching #PearDeck on Twitter, or walking into any classroom that’s using Pear Deck.

Five years after launching with deep integrations with Google Apps for Education, Pear Deck is one of the fastest growing student engagement solutions available, present in classrooms at one out of every three schools in the United States. And even though we’ve been growing fast, we knew we wanted to reach even more teachers and students. Last year our team began noticing that the number of people converting PowerPoint lessons to Google Slides so that they could use Pear Deck was growing rapidly. After speaking with the community of teachers using Microsoft apps, including some amazing #MIEFellows and #MIEExperts, we knew we wanted to work with Microsoft to expand Pear Deck’s functionality to complement the ways they were using Microsoft apps in the classroom.

We’ve been collaborating with the visionary product designers and developers at Microsoft to expand the Pear Deck ecosystem to work with Office 365 logins, PowerPoint and Teams.

Here’s what to expect from this new release:

Today’s announcements are just the beginning of our partnership with the team at Microsoft Education. We’re excited to support the work Microsoft is doing in the areas of transforming class time and examining the impact of technology in our schools. If you’re going to ISTE 2019 in Philadelphia next week, stop by the Microsoft booth #2900. Our team will be walking educators through the new Pear Deck for Microsoft experience and we’d love to see you!