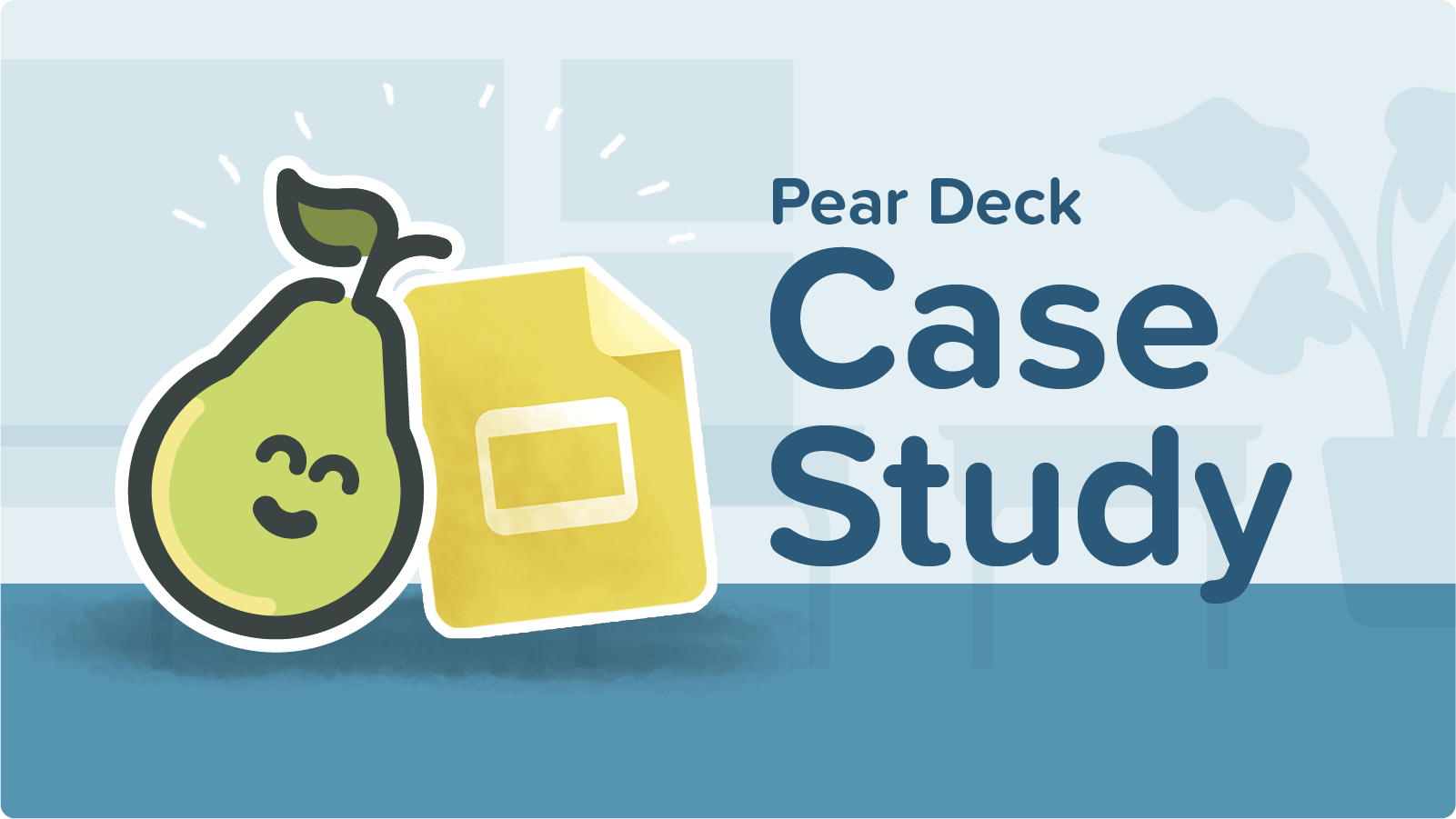 Prince George’s County Public Schools (PGCPS) is one of the nation’s 20 largest school districts and the second largest school system in Maryland. It’s also been a Google district for more than 15 years, laying the foundation for a district-wide 1:1 Chromebook rollout in 2014.

As district leadership strategically mapped goals for their 1:1 program, they focused on classroom tools that helped students build agency, enabling voice and choice to engage all learners. At the same time, there was concern about requiring teachers to learn a completely new, intimidating technology.

“We were looking for something that teachers could still use with their presentations in an environment that they were familiar with, but also get more voice from students — and that was Pear Deck,” said Kimberly Roberson, an instructional technology specialist with the district.

Pear Deck’s seamless integration with Google Slides, which many teachers already used, helped Prince George’s County attain its goal of transforming Chromebooks from a note-taking tool to a way to engage in an interactive learning experience. But the benefits didn’t stop there.

The district’s focus on formative assessment made Pear Deck a quick favorite of the instructional technology staff, according to Christopher Assing, Instructional Specialist, Technology Training Team. “As a former mentor teacher, one of the things we always heard was ‘I'm scoring low in formative assessment because I can never prove it.’ With Pear Deck, teachers have this easily visible way to show they’re asking questions, seeing student responses, and using the data,” Assing said.

Thanks to Pear Deck’s Teacher Dashboard, the formative assessment insight is delivered in real time, allowing teachers to make the most of instructional time.

“One of my big challenges as a math teacher is that I need to see students’ work,” said Bonnie Razler, a 4th grade teacher in the district. “I need to watch your process, I need to understand your thinking, and just having kids hold up their notebook was not giving me the picture that I needed.”

Razler used Pear Deck’s Drawing slides so that students could show their work on the screen, enabling her to catch misunderstood concepts earlier. “I’m not wasting a whole day because I thought they knew something,” Razler said. “I’m looking at their work and saying, ‘Hold on. Let’s go back and look at this concept again.’”

Razler had used Pear Deck before the district bought it for teachers, but for more hesitant teachers, Pear Deck was easy to start using for the first time, whether teachers were building Google Slide presentations from scratch or simply adding Pear Deck features to existing lessons.

“You can take it and use it tomorrow,” says Razler. “Even things I've been using for years, I found a way to give them new life by using Pear Deck; add a Drawing slide and it's instantly interactive.”

Roberson says Pear Deck’s ease of use makes it a tool every teacher can utilize and adapt to their comfort level. “It’s easy to get new teachers to buy into it because it’s not overwhelming,” she said. “At the very least, if you want to engage students, you can quickly add a formative assessment prompt; if you want to add more, you can add Drawing slides, use Takeaways, or embed other tools.”

In addition to providing Pear Deck for teachers to use with their classes, the district has used Pear Deck during professional development sessions, enabling more interaction with the thousands of teachers tuning in.

The district has found benefits in using Pear Deck at all levels in their 1:1 Chromebook program — from early elementary classrooms, where students can easily interact with slides, to special education classrooms where students can use a variety of methods to engage with content and demonstrate learning.

In support of their district initiatives to build more equitable student engagement, Pear Deck is particularly helpful for students who may hesitate to raise their hands or speak up. All students have to do is interact with the slide on their Chromebook and teachers can see their engagement, correct any misunderstandings anonymously, and celebrate their learning.

“A student can be quiet — they don't have to open their mouth at all, but with Pear Deck on their devices, their voice is still in the room,” says Roberson.

As for the future, whether class is held in person, online, or a mix of both, Razler knows Pear Deck will continue to be her MVP. “I can't imagine what my classroom is going to look like next year and that's okay. We're using Pear Deck daily now and I see that continuing in the future.”