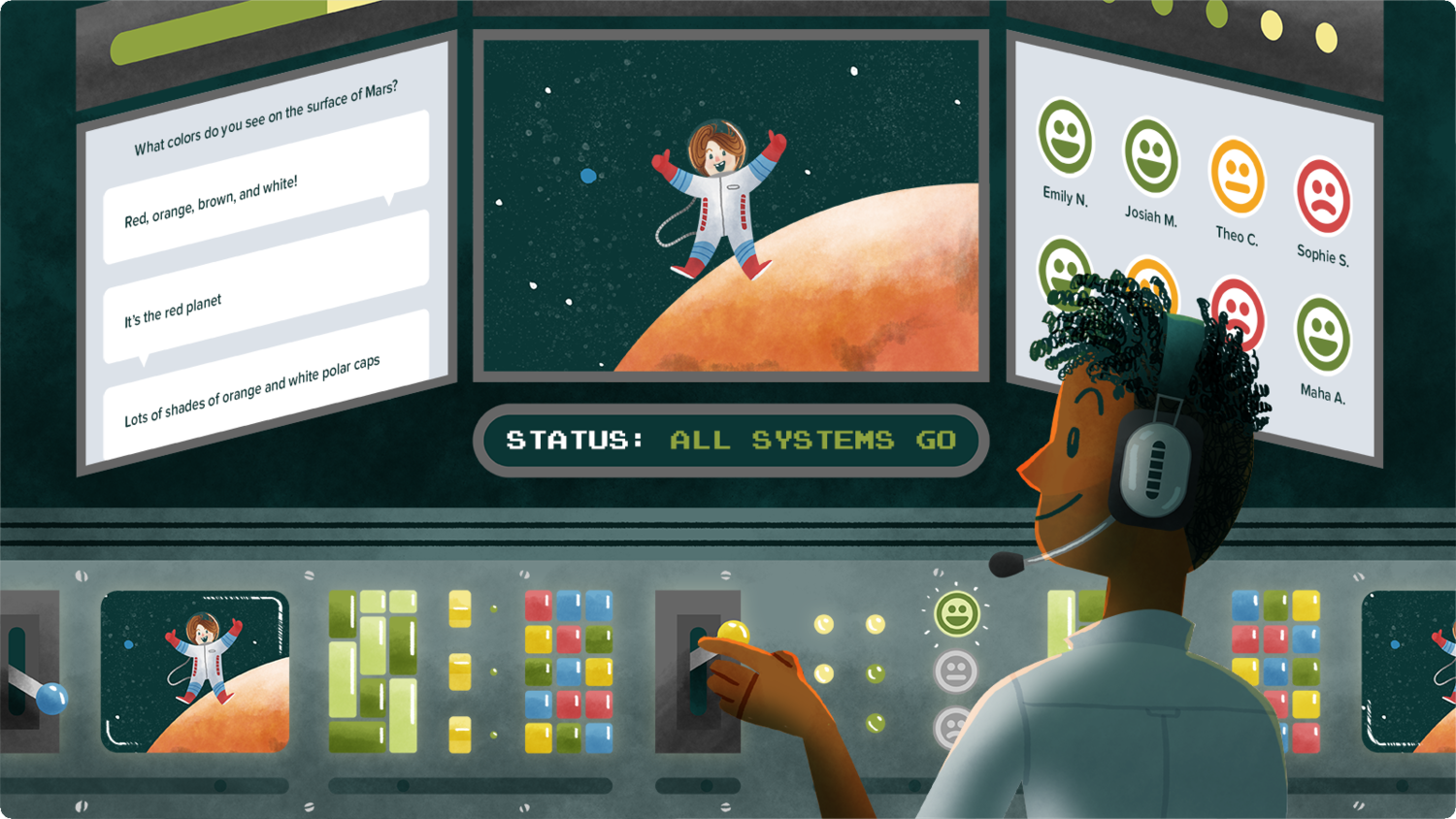 Don’t you get a kick out of the term “app smash”? It evokes great visuals for me like babies’ cake smash photo sessions and monster truck rallies. Please don’t think I’m too clueless here — I do know that app smashing isn’t about destroying stuff! But then again, turning students loose on a project — especially a project employing multiple apps, platforms or media — can sometimes feel almost as chaotic as a monster truck rally, can’t it?

In theory, the idea of student voice and choice is thrilling. Students taking ownership in their learning process? Brilliant! But along with that freedom brings an element of risk — a loss of control on the part of the teacher that, for some of us, takes a little getting used to and a whole lot of positive self talk. And yet, we know the potential payout is great. When executed well, app smashing can launch students to new heights of learning and creativity.

We already know how effective a vehicle Pear Deck is for creating engaging lessons. But have you ever considered how effortlessly it lends itself to app smashing? Think of Pear Deck as Mission Control when you’re sending your students out into the far reaches of the interwebs. Astronauts aren’t just jettisoned willy-nilly into the sky when they’re sent to explore space. Someone is on the ground — at Mission Control — directing and monitoring their path.

When a lesson or project calls for app smashing, try creating a Student-Paced Pear Deck for end-to-end management of the process.

Here's how to app smash with Pear Deck:

Prepare for Launch
Use a slide or two to deliver context or instructions to kick off the unit. You might give some of that same information verbally at first too, but having it written out for students to use as a reference is a great time and sanity saver for you as the teacher.

Blast Off
As you direct students to other applications and websites, don’t waste time having them open a new tab or type in a long URL. You can use a Pear Deck Web Slide to embed links directly to your recommended resources. (Think GSuite Apps, Newsela, or Desmos!)

Explore Together
As your students explore, you can put your Pear Deck in Student-Paced Mode so they can move back and forth between the worldwide web and class. Try embedding a shared Google Doc in your Pear Deck where students can pose questions and get help from their peers. If students are expected to document their findings, you can embed links to a template as well.

Return to Earth
At the close of the Student-Paced deck, include a text slide for students to summarize their findings, or link to their formal documentation. You can also use a premade exit ticket from the Pear Deck slide library to assess students’ confidence in their process or findings, or to discover whether or not they enjoyed the lesson.

Throughout the project, you can monitor what step each student is working on through the Pear Deck teacher dashboard. If you notice a lot of students piling up on one slide, it may be time to check in and see if they’re hitting a snag.

Promoting student voice and student choice with app smashing does not have to mean relinquishing control of your class. Quite the opposite! Just don’t forget the endless ways you can use Pear Deck to engage, empower and elevate students’ learning!

New to app smashing and need some inspiration to get started? Check out how one of our coaches combines Pear Deck and Flipgrid in her class.